Home » News » Playson gears up to launch with GrandCasino Belarus

Playson gears up to launch with GrandCasino Belarus 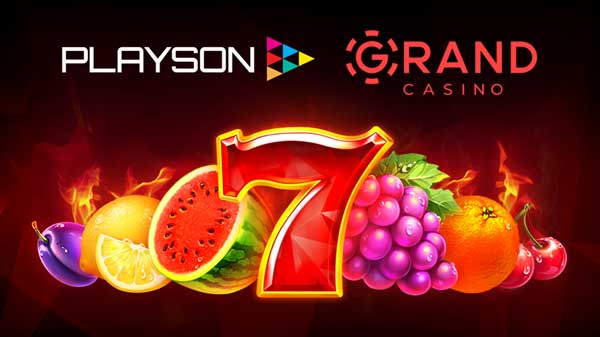 Under the agreement, an engrossing set of Playson games will go live with the online casino, including two of the hits in its ever-popular Timeless Fruit Slots portfolio, 5 Super Sevens & Fruits: 6 reels and Diamond Wins: Hold and Win.

The deal also includes Playson’s lauded suite of integration-free engagement tools, which have been proven to significantly increase player retention, such as Network Jackpots, Feature Trigger and Free Spins.

The comprehensive agreement sees Playson further boost its European customer reach, having signed an impressive range of major operator partnerships across the continent and beyond over the course of 2020.

Blanka Homor, Sales Director at Playson, said: “We’ve continued to go from strength to strength in Europe and beyond this year, and partnerships with exciting operators such as GrandCasino Belarus have been key to that success.

“With a plethora of advanced engagement tools, and a hugely entertaining set of games alongside, we feel confident that our offering will be warmly received by our new partner and its players.”

Rafael Davtian, CMO at GrandCasino Belarus, said: “We’re thrilled to be teaming up with Playson, a highly innovative content developer with a consistent record of success in an impressively wide variety of markets.

“The world class selection of entertainment options on our site grows stronger by the day, and partnerships with dynamic providers such as Playson are integral to that improvement.”