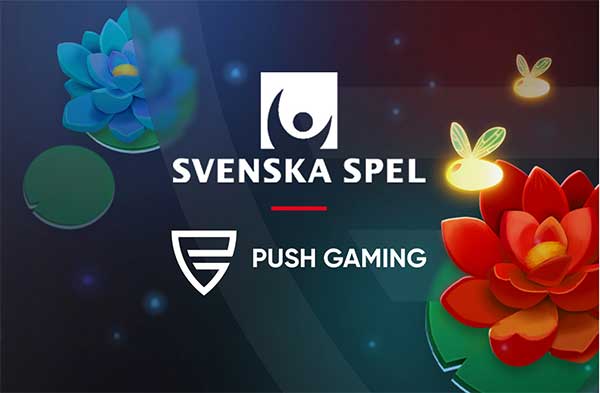 This latest direct partnership will see recent hit releases such as Bison Battle, Jammin’ Jars 2 and Fire Hopper along with upcoming titles Big Bamboo and Nightfall, which among Push Gaming’s other immensely popular titles will now be available to Svenska Spel players.

Already established as one of Europe’s leading tier-one game providers, this partnership will allow Push Gaming’s player-first portfolio to further grow amongst its Swedish player base thanks to Svenska Spel’s positioning as a key leader within the highly-regulated territory.

“It’s another top-tier partnership that sees our European presence continue to flourish and we are expecting further growth as the year progresses by partnering with key market leaders such as Svenska Spel.”

Niklas Örtbrant, Head of Onlice Casino at Svenska Spel, added: “We are highly focused on bringing our players the most diverse and entertaining titles available.

“With Push Gaming’s innovative and popular releases now being offered through Svenska Spel Sport & Casino, we believe we have not only expanded our offering but simultaneously increased our overall quality, which we’re sure will receive player approval.”

Established as one of the industry’s most entertaining suppliers, Push Gaming is live across the majority of Europe’s key regulated markets with the likes of LeoVegas, Entain, 32red, 888, Casumo, Betsson and PaddyPowerBetfair.