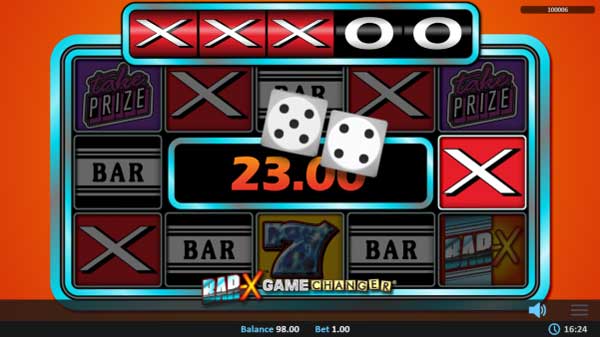 After announcing a landmark partnership with Electrocoin, the supplier has taken the classic Bar-X™ brand to online slot players, featuring the ground-breaking Game Changer bonus round to add a unique and modern twist to the gameplay.

The 5-reel, 20-win line title features over two million game boards in the bonus round, which is triggered by any combination of boxed symbols forming around the edge of the reels.

Players move around the board by rolling random dice, landing on either a prize symbol or potentially losing square for a chance to win up to 1000x their bet. All prizes in the bonus round are double that in the base game, creating even greater winning potential. There’s even a no lose board!

Bar-X™ Game Changer launched exclusively across the GVC brands for a two-week period on the 13th May, before going to the network on the 28th May.

Robert Lee, Commercial Director of Realistic Games, said: “Bar-X™ is an absolute classic that has kept players entertained in land-based venues all over the world for decades and we are proud to reignite the game for online players with this quality release.

“By adding our widely popular Game Changer bonus round to the slot we have added extra levels of excitement whilst staying true to the original look and feel of the Bar-X™ brand. We’re expecting this combination to be an instant hit across the board, engaging with both fans of Electrocoin as well as new audiences.”

Gabino Stergides, President of Electrocoin, added: “We are extremely excited to be the first brand that Realistic have used for their innovative new Game Changer concept. I’m sure players will love the combination and we look forward to the second branded game in the series.”