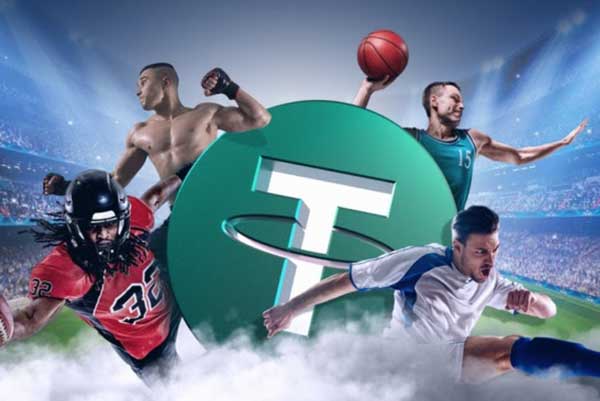 Cloudbet, the pioneering crypto sportsbook and casino, has added USD Tether to the portfolio of coins available to its customers, marking the operator’s first foray into stablecoin betting.

After a month of testing with a small group of players, Cloudbet has now enabled all of its customers to deposit, withdraw and bet with USDT, the digital token whose value is linked to the U.S. dollar.

New players who deposit USDT with Cloudbet are eligible for a welcome bonus of up to 1000 USDT. Customers can buy the coin on the site with their credit cards or Apple Pay.

Since launching in 2013, Cloudbet has built a well-earned reputation as a trusted bitcoin operator that added Bitcoin Cash in early 2018 and Ethereum earlier this year. USDT and Ethereum are among the host of new features on Cloudbet’s new website, which the company launched at the end of April.

Other feature additions include UFC in-play betting, new language options and a comprehensive esports vertical, all aimed at making Cloudbet’s all-round offering a definitive market leader in crypto gaming.
“We’ve accelerated our feature rollouts tremendously, thanks to the systems and processes we put in place to build the new website,” a Cloudbet spokesman said. “The market can look forward to many more new features and new coins in the coming months.”
Stablecoins such as USDT have been put forward as a solution for players seeking to protect the value of their cryptocurrency winnings from the extreme fluctuations in price experienced by holders of non-stablecoins.

Because its value is fixed on a 1-to-1 basis with the USD, the fiat value of winnings in Tether does not fluctuate along with market prices. For this reason, stablecoins have been offered up as the key to winning over a more fiat-friendly audience to experience the benefits of cryptocurrency gaming.

“Since launch, a fundamental part of our philosophy has been about empowering players with technologies that solve their problems,” Cloudbet’s spokesman said. “USDT and stablecoins are an extension of that.”
Cloudbet’s sportsbook offers the best prices and highest limits on a multitude of global sporting markets around the world, while the Cloudbet casino has hundreds of slots and live-dealer table games.