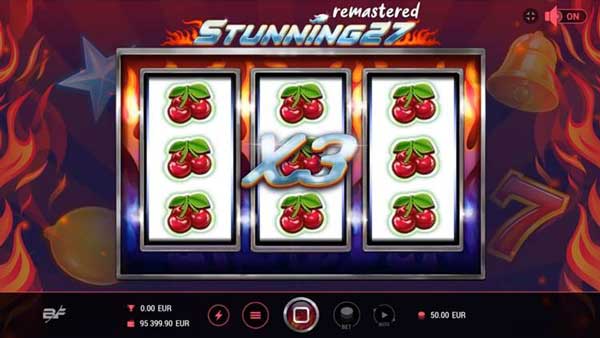 The latest addition to the popular Remastered series, Stunning 27 Remastered™ is a 3×3 slot featuring 27 ways to win and retro appeal within its blazing hot gameplay. Enhanced with modern graphics and a refreshed soundtrack, this high-volatility slot includes the classic symbols players know and love.

In addition, the Gamble mode feature again offers an additional optional feature after each win, offering players the chance to increase their winnings through a simple mini-game.

Piotr Szpoton, CEO at BF Games, said: “The enduring appeal of Stunning 27 Remastered™ lies within its big win potential and the simplicity at the heart of its design.

“While there is a place in the industry for complex new mechanics, within the Remastered series we are focusing on giving players what they know and love, while also adding extra sparkle through a slick and modern refresh of the overall presentation.”