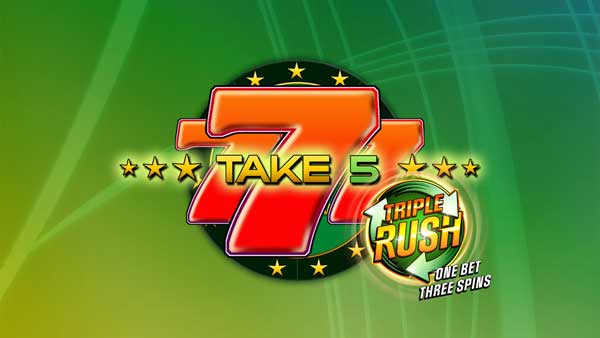 Gamomat, one of the leading independent slot game developers, has launched its industry-first Triple Rush feature for the much loved Take 5 title.

Triple Rush offers players the thrilling experience of enjoying three spins from just one bet. Triple Rush limits stake size to 1€, has no effect on individual game RTP or the maximum player return. Gamomat will be going live with Triple Rush for Take 5 today.

This new feature follows the successful roll out of the Double Rush feature at the close of 2020. Following rave reviews for Double Rush, this innovative feature has been added to Fruit Mania,

Double Rush allows players to make a single bet, but have the pleasure of two spins while awaiting the outcome. The spins consecutively follow after each other to allow the potential for an accumulative total win.