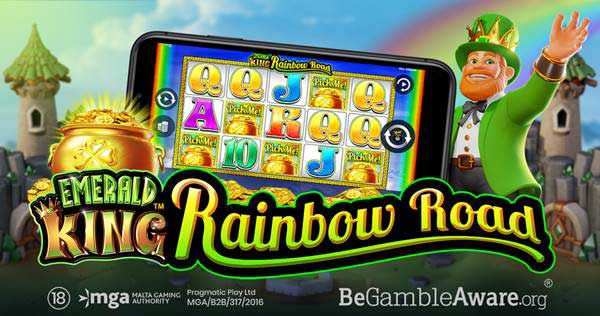 Utilising a high-volatility, casino classic feel, the 3×5 slot sees players return to the Kingdom of the Emerald Isle in search of even more riches.

The Emerald King Bonus sees reels light up green with each spin, starting a mini-slot machine in the middle of a reel, which can pay out huge amounts if Lucky 7s line up.

If players trigger the Rainbow Road feature, they have the chance to pull a classic slot machine, progressing down the road to have a chance at up to a 20,000x stake win on the machine at the end of the rainbow.

Emerald King Rainbow Road is the latest creation from Pragmatic Play and Reel Kingdom, following Emerald King and Return of the Dead.

“Jam-packed with features and the chances of winning a staggering 20,000x your stake, player’s will be hoping for a fruitful trip down the Rainbow Road.”

Pragmatic Play currently produces up to five new slot titles a month, while also delivering Live Casino and Bingo games as part of its multi-product portfolio, available through one single API.