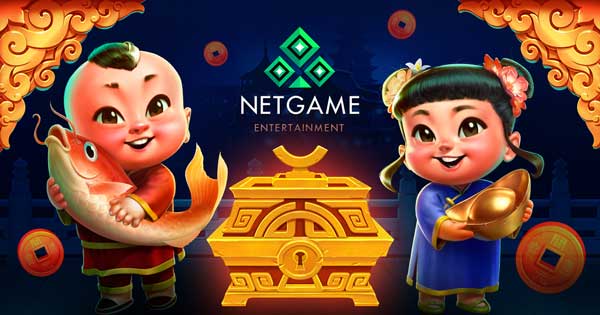 NetGame Entertainment, one of iGaming’s foremost casino software providers, has started the year in style with the release of its Zen Zen Cash slot.

This Oriental-inspired slot is 5 reels and 3 rows, with 243 ways to form combinations on the reels. Players are whisked away to a Far East vista where soothing music and sharp graphics make for a stunning gaming experience.

Zen Zen Cash is packed with cutting-edge features, including Mystery Cloning Reels™, Jackpot, Pick’em Bonus and Free Games. Mystery Cloning Reels™ deliver constant excitement as they transform the reels into gold, and all covered positions reveal the same symbols after the spin stops – except Scatter. If two or more mystery symbols dropped on the same horizontal line – all symbols, which are between them will be substituted for mystery reels. During the Mystery cloning reels™ feature, 2x and 3x Stacked Wilds can land on the third reel to potentially double or triple the winning combination – the maximum return is a staggering x17000 total stake.

The Pick’em bonus offers four different jackpots Mini, Minor, Major, and Maxi – respectively worth x10, x25, x150, and x1000 the total stake. Two Dragon Envelope symbols must appear on the reels to launch the feature where players then must choose Oriental coins in the hunt for huge returns.

Zen Zen Cash’s Free Games feature is another helping hand for players on their quest for riches. Finding three Scatter symbols starts the game and grants 15 Free Spins – an added twist is that the first reel is always covered with Mystery reels.

NetGame Entertainment’s Head of Business Development, Andrey Vajdyuk, said: “Zen Zen Cash allows players to transport themselves to a relaxing Far East world where there is the opportunity of vast riches. The multiple bonus features promise huge cash returns for those who earn the luck on the reels.”