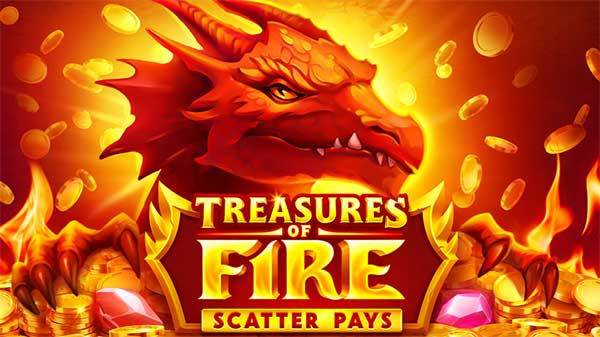 This mechanic offers a different dimension to the Playson experience, with players required to match at least eight symbols to receive a win during any spin. As an alternative to the classical method of paylines, Scatter Pays has grown in popularity with players worldwide and has successfully attracted a new generation of online slot fans due to its ease of understanding.

In this fiery 6×5 slot, any symbol can carry a random multiplier value ranging from x2 to x100, which is activated when part of a winning combination. With collapsing symbols after every win, there is every opportunity a player can receive numerous multipliers during a single spin, with the final value applied to the total win.

Three Scatter symbols depicting the Dragon’s Eye Amulet triggers Free Spins. During the mode, the dragon perched at the top of the reels can grant random multipliers thanks to the Fire Breath feature, resulting in a far greater win potential.

Nikolay Illiustrov, Head of Games at Playson, said: “We are really excited to offer Treasures of Fire: Scatter Pays to our operator partners and their players, who will instantly recognise that this is a game like no other that Playson has produced.

“The introduction of the Scatter Pays format to our portfolio further elevates the Playson experience. Crucially, the gameplay is underpinned by the high standard of graphics and transitions that fans are accustomed to with our existing content.”