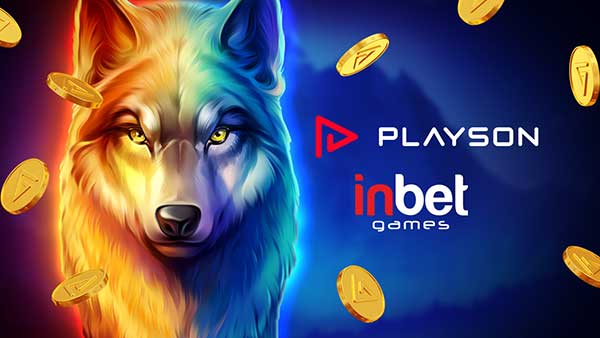 Playson, the fast-growing digital entertainment supplier has announced an agreement to provide the Bulgaria-based operator Inbet with its exciting slot collection.

The land-based casino group, set to launch an online outlet later this year, will integrate a collection of perennially popular Playson classics with its digital operations, including Wolf Power: Hold and Win, Stars & Fruits: Double Hit and Divine Dragon: Hold and Win.

The operator will benefit from a string of innovative features unveiled by the supplier in recent weeks, such as its ‘Double Hit’ mechanic, allowing players to spin across two game fields simultaneously, and guaranteeing wins when scatters appear across both.

The provider’s latest commercial agreement expands its ever-growing customer reach in a region where it has gone from strength to strength, signing deals with an impressive range of high-profile partners.

Blanka Homor, Sales Director at Playson, said: “Teaming up with such a rapidly growing operator as Inbet is a fantastic step for us, and we are thrilled to be a part of its exciting new projects.

“Our high-tech titles have proved consistently popular among players in and around the CEE countries, and we can’t wait to continue attracting audiences in that region and beyond.”