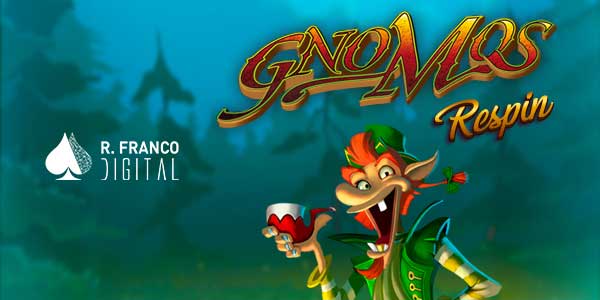 The latest release from Spain’s biggest name takes players on an adventure to a world of fairies and cauldrons, with dynamic gameplay and exciting animations at the forefront of the fresh offering.

A journey through a magical world has been created within the 5×3 reel slot, and with the help of the animated gnome protagonist players will have hidden symbols revealed to them. Base game symbols are joined by traditional wilds as well as special wilds, the latter triggering a respin while holding all currently landed wilds in place.

The animated gnome can also enable an extra row across the game grid, allowing for 50 paylines and improving the chances of landing a prize. Lucky Cauldrons can also be claimed in the base game, adding a multiplier to any wins created.
In addition, the title has three distinct bonus rounds. Lucky Bonus offers three possible prizes for the player to choose from, the Fairies Bonus sees players select cash prizes hidden behind doors, and the Cauldron Bonus offers one of three rewards that can be accepted or rejected before the second and third prize amounts are offered.

R. Franco Digital’s focus on gameplay and features is demonstrated in Gnomos ReSpin and the title has been built with a player-first mentality. The latest addition to R. Franco Digital’s renowned games catalogue, it can be enjoyed by players based in Colombian, Spanish and MGA-licensed markets.

Mario Benito, Commercial Director of R. Franco Digital, said: “With Gnomos ReSpin, we have managed to develop a game that is uniquely positioned to meet the changing demands and trends of customers.
“R. Franco Digital’s commitment is to continue creating new products that have unique experiences and this is encapsulated in Gnomos ReSpin’s multiple features, bonuses and paylines, all of which are packed into one exciting release.”