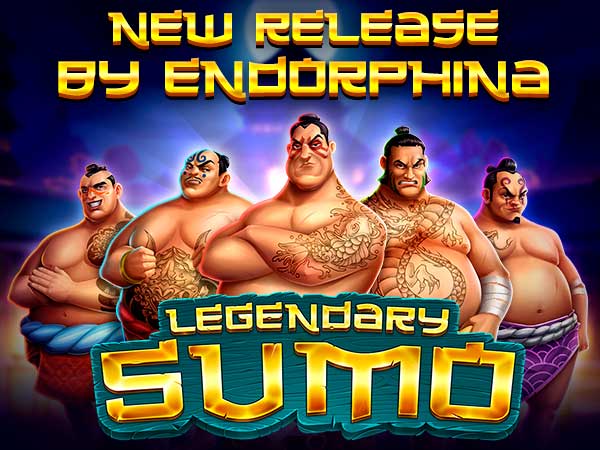 Endorphina has just released their newest slot Legendary Sumo, which is all about the brilliant mastery of fighting, an elite division of sumo wrestlers, and much courage and determination. The professional sumo wrestlers still continue to compete for superiority in one of the most hypnotizing fights in this game! And it wraps players inside an exclusively glorious and spectacularly dangerous show on the reels.

Legendary Sumo is a 5-reel, 3-row and 21-pay line slot, Red Mask is a Wild symbol which substitutes for all the symbols except for the Scatter. The Imperial Golden Cup (Sansho) is a scatter symbol that, in a combination of three or more, will trigger 10 free games that can also be retriggered. During the free spins, the Scatter acts as a wild symbol and can substitute other symbols. Free spin defines winning sumo fighters. Each sumo fighter in the winning team receives a Golden Trophy and turns into Joker. Wins are multiplied x2.