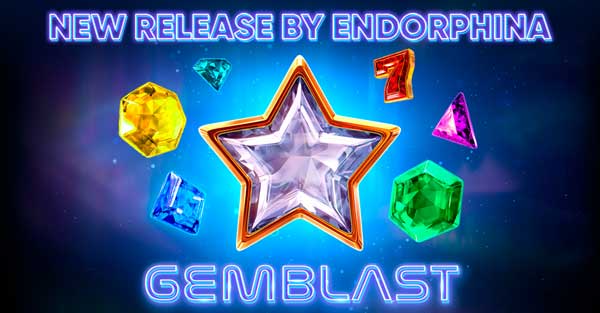 Endorphina has just released its newest Gem Blast slot that’s cut to impress you to the sky and back.

The popular gaming provider decided to create a colourful slot inspired by the beautiful Aurora Borealis. Legends say that they used to be trapped inside of rocks, but one day, a supernatural power released some of the majestic colors into the sky. Some of the energy remained trapped in the Earth, transforming itself into the world’s most precious gemstones waiting to be discovered. If you’re persistent enough, you’ll get the chance to experience a full blast of unforgettable emotions and the true beauty of a “frozen flame” swirling on the reels.

Endorphina’s CEO, Jan Urbanec, shares his thoughts about the new release, “We’re excited to be putting forth a brand new game inspired by the beauty of the Aurora Borealis. We’re looking forward to players being captivated by the graphics, atmosphere, and the overall sophistication of the game.”

Endorphina’s Gem Blast is a 5-reel 3-row slot game with 10 paylines that allows you to WIN BOTH WAYS. This means that regardless if the combination appears from left-to-right or from right-to-left, the line will be a winning one.

The Diamond Star acts as a wild symbol which substitutes for all symbols and expands over the reels to trigger a RE-SPIN. Appearing on reels 2, 3 and 4, it can bring you up to 3 re-spins.
Now it’s time for you to follow the Northern lights to seize these magical treasures. Will the enchanted stones bring you enough luck?

Go to Endorphina’s demo game to try it out