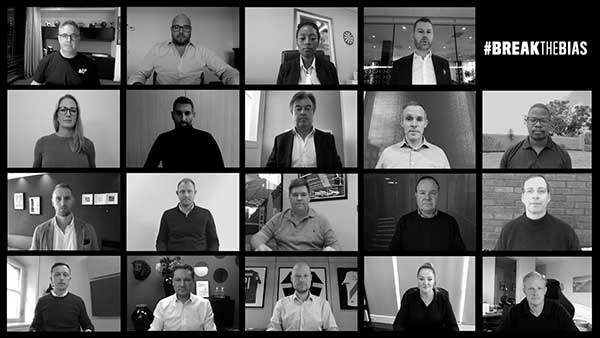 Flutter, Kindred and DraftKings are among the giants of the global betting and gaming industry that are working together on a major campaign for International Women’s Day 2022.

Joined by a range of collaborators from across all gambling verticals, CEOs from companies that also include Betsson, Better Collective, Catena Media, GiG, LeoVegas, Lottoland, Microgaming, Pinnacle, Sky Betting & Gaming, Sportsbet, Yolo and Yggdrasil Gaming are to appear in a series of videos sharing shocking personal experiences of women working in the industry today.

The three short films will be released in the build-up to IWD, which this year takes place on Tuesday 8 March and uses the hashtag #breakthebias. A short teaser for the campaign video can be viewed here.

The project, conceived and produced by Square in the Air and All-In Diversity, seeks to highlight examples of gender bias in the industry, while also offering resources for companies and individuals seeking support.

Kelly Kehn, Director and Co-Founder of All-In Diversity, said: “We’ve been humbled by the backing this campaign has received from the biggest organisations across the world, from Europe and the Americas, to Africa and Australia.

“However, it is also a stark reminder of how much work there is still to be done to address gender bias and just how many of the sector’s heavyweights are prepared to personally fight for the cause,” she continued.

“While we are of course hoping to make an impact with this hard-hitting campaign, the teams at All-In and Square in the Air are determined that these films will not simply capture a moment in time but add momentum to the fight for fairness and balance for all those in our industry.”

Stewart Darkin, Director of New Media at Square in the Air, added: “From conception, this felt like an important project. With the support of the All-In Diversity team, we have been able to work with some of the sector’s biggest names to highlight what remains a major issue and which highlights the daily struggle that some professionals in our industry continue to face.

“There are so many companies doing great work in the areas of diversity and inclusion within their organisations but, clearly, there is still work to be done – and we’re thankful that the sector’s biggest names are standing should-to-shoulder on this issue.”

The campaign videos are set to be released from Tuesday March 1, 2022