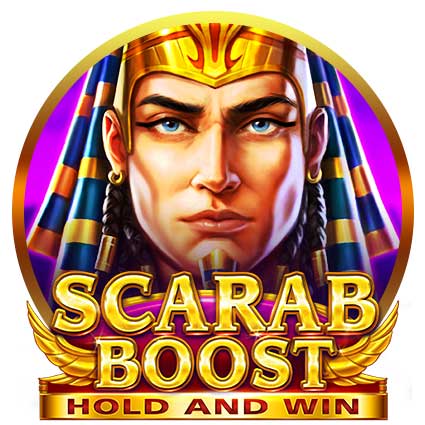 Booongo, the global online slots developer, has invited players to the scorching sands of Ancient Egypt in its latest release Scarab Boost.

Set amongst the dunes, the supplier’s hottest Hold and Win hit sees a powerful Pharaoh act as a Wild, while an alluring Princess is the Scatter symbol. If three Scatters land on any spin, the Free Spins mode is activated.

Not only are players granted 10 Free Spins, but the Wild symbol comes with a 2x multiplier, increasing every win that the Pharaoh is present in.

To trigger the Hold and Win mode, players require six Bonus Orbs, or Five Orbs and a purple Boost symbol. Each Orb that lands during the respin mode will have a value, while all 15 reel spots being filled will result in players being awarded a huge Grand Jackpot of 5,000x.

In both base play and the Free Spins mode, it is also possible for a Boost Orb to land, which will immediately collect all the money values present from Bonus Orbs on the reels, for huge win potential.

Yuriy Muratov, Head of Account Management and Business Development at Booongo, said: “Scarab Boost offers players a trip to the mystical lands of Ancient Egypt in search of huge wins in another thrilling Hold and Win slot.

“With a phenomenal Grand Jackpot of 5,000x up for grabs in the Bonus Round, this title will without doubt attract a large fan following. We’re also extremely excited for the addition of the Boost symbol, which gives players more chances to win big in both base play and the Free Spins mode. Players will be hoping for that winning combination of Bonuses and Boosts!”