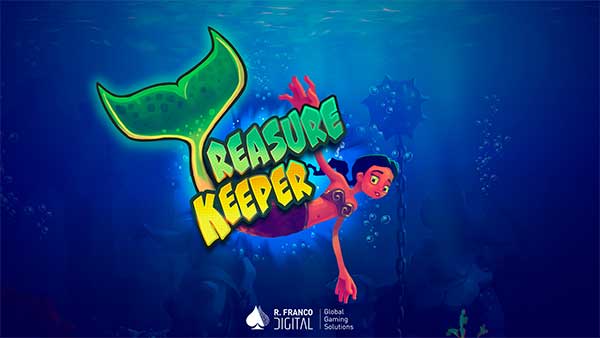 Treasure Keeper’s five reels, three rows and 243 lines see players follow the mermaid Wild symbol as she moves through all the reels to obtain a multitude of prizes in a single spin.

When the Wild symbol appears in any position on the reels, the possible winning lines are paid and a ReSpin is generated. During the ReSpin, the Wild moves to the adjacent reel on the left.

Once the reels have stopped and the Wild has been repositioned, the lines are analysed again and the possible prizes are paid. During the Free Spins round, the Wild symbol will expand to the entire reel before analysing wins, and will remain expanded during all ReSpins.

Treasure Keeper has high volatility, with a maximum prize of up to 7939x the bet. Direct entry to the Free Spins round can be bought for 59.8x the amount of the bet. This feature can be deactivated at the customer’s request or for certain legislations that do not allow it.

“We consistently look to push the boundaries of game development, and Treasure Keeper represents the next in a long line of ground-breaking slot releases.

“With its interesting theme and engaging features, we have once again created an experience that offers players a fascinating new way to engage with the world of gaming, and we are sure it will prove successful with our partners in the coming weeks.”

Treasure Keeper is the latest addition to R. Franco Digital’s extensive games catalogue, which can be enjoyed by players across Colombian, Spanish, MGA and Curacao-licensed markets.