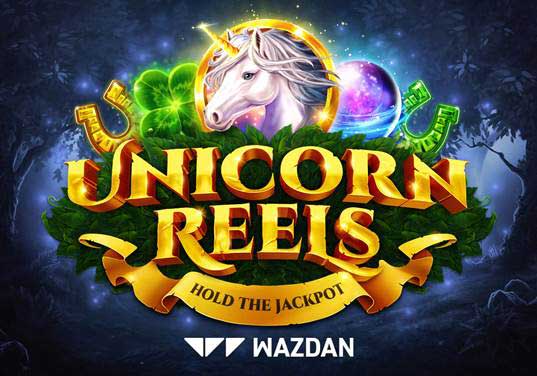 Global slots supplier Wazdan has unveiled its latest magical mystery hit, Unicorn Reels, with its Hold the Jackpot feature.
The 5-reel, 10-payline slot takes players to an enchanted forest as they look to find the mystical creatures and an attractive bonus, awarding huge jackpots.

To trigger the bonus feature, players need to draw at least five Unicorns on any spin, which will transport them to the Unicorn Jackpot Game. Reels transform to a 5×5 grid with 25 separate fields, where players are granted three re-spins to find as many Unicorns as possible. Every time a Unicorn lands, the re-spins counter resets and players progress to a higher reward. When 15 or 20 Unicorns are collected, they hit, respectively, Minor or Major Jackpots. And those who catch all 25 Unicorns can enjoy the Grand Jackpot, leading to a big win of 1000x player’s stake.

During the gameplay, Scatter symbols land on the reels and can generate a win, regardless of being on a payline or not. Wilds substitute for other symbols, making it easier to create winning combinations, while being the highest paying symbols in the game.

Andrzej Hyla, Chief Commercial Officer at Wazdan, said: “Creating innovative titles is the bedrock of our company and we’re delighted with the addition of Unicorn Reels to our fast-expanding games portfolio.

“With a fairytale theme and magnificent Unicorns gracing the title, players will be on the hunt to find as many of the fabled beasts as possible for a chance of winning the Grand Jackpot.”