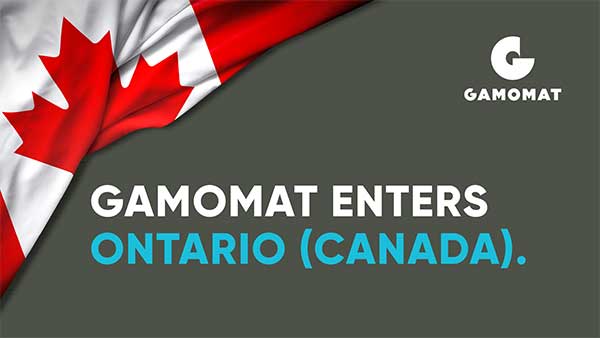 GAMOMAT is celebrating the launch of its technology components and services within the Canadian province of Ontario after the distribution partner Bragg Gaming Group Inc. was registered by the Alcohol and Gaming Commission of Ontario (AGCO).

A strong selection of popular titles, featuring Ramses Book, Take 5 and Books & Bulls will now be accessible to operators in the Canadian province of Ontario which has long been seen as an attractive new market.

This is GAMOMAT’s first market move for its technology components and services on the North American Continent, and the certification through Bragg Gaming Group Inc. builds on its successful growth strategy that initially focused on the premiere European markets. Portugal was the most recent European market to join GAMOMAT’s list of active iGaming territories.
GAMOMAT Distribution GmbH’s Chief Partnership Officer Dimitry Voelkle stated: “GAMOMAT is constantly amplifying its presence in the world’s leading iGaming markets, and adding Ontario to our list of active markets is a great moment for our business.”