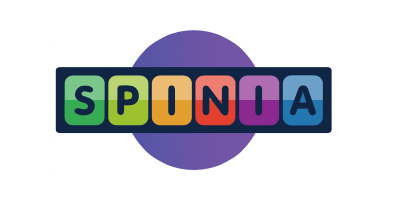 Spinia made its debut in the online casino world in 2018, and since then, the internet casino has been trying to establish a fan base amongst Northern European players, as well as players in Russia. The internet casino domain naturally offers its services in English, Finnish, German, Norwegian, Polish and Russian in a bid to cater to those markets. Moreover, it provides both instant play and mobile-friendly casino action to cater to a younger crowd of gamblers.

Despite its name, Spinia has more than just slots to offer its players. This N1 Interactive owned and operated casino also serves up live dealer games and table games. The casino is licensed out of Malta and is powered by SoftSwiss technology.

Becoming a new player at Spinia Casino will see players able to snap up a welcome bonus when they first deposit into their accounts. This welcome bonus may differ a little depending on where you reside, but it is much like the same welcome deals you will find at other N1 Interactive operated casinos and consist in a standard match deposit bonus which comes along with fair wager requirements.

Alongside its welcome bonus, Spinia has a handful of other promotions to provide players. They don’t go over the top with these deals, and they are quite limited. Even so, there are tournaments, free spin bonuses and cash match deposit deals up for grabs for already existing members of the site.

Most of these tend to change frequently, so the best way of keeping tabs on the latest deals at the online casino is to head over the promotions page. You will find all the latest information regarding the terms and conditions and eligible games there.

Spinia features casino games from many (many!) notable providers. Apart from a few in-house proprietary software titles from SoftSwiss, most of the other games come from leading, top-tier developers. NetEnt and BetSoft Gaming are two just providers. However, Pragmatic Play, Endorphina, Amatic, EGT, Evolution Gaming, Habanero, NextGen Gaming, WMS Gaming, Barcrest, Red 7 Gaming, Scientific Games, Bally Tech and Wazdan also kit out the site with games. You are also able to get to grips with Yggdrasil, Relax Gaming and Play ‘n Go slots, as well as those from a handful of other developers if you browse around.

Players will find everything they need in the casino’s lobby. On that page, the most popular slots that Spinia has to offer will be displayed, and most are titles you should be familiar with. Games such as Wolf Gold, Rich Wilde and the Book of Dead, Sakura Fortune, Twin Spin, Dead or Alive II, and Vikings Go Berzerk sit there. The lobby is also home to games such as Narcos, Voodoo Gold, Starburst, Caishen’s Cash, and Larry the Leprechaun amongst others.

Games at Spinia are divided up into genres which include new games, slots, live casino titles, roulette, blackjack, jackpot and Must Win/Daily Drop Jackpot titles. The latter are provided by Pragmatic Play, with particularly popular jackpot slot games including Mustang Gold, John Hunter and the Tomb of the Scarab Queen, Buffalo King, Release the Kraken, The Dog House and Pirate Gold, amongst others.

Players will find video poker and instant win titles in the “other” games genre at Spinia. On top of that, roulette and blackjack games each have their own dedicated sections. So do live dealer games, and many of the best of these titles have numerous variants for you to get to grips with. If you fancy something different, Evolution Gaming’s Monopoly Live and Dream Catcher may be worth a look.

Most Spinia’s games  (if not all) can be played via mobile gaming devices, such as smartphones and tablets. The total collection of games at this online casino numbers of two thousand titles, so with such a vast library, you should have no difficulty finding games you want to play.

Spinia accepts banking methods which include VISA, MasterCard, Maestro, Skrill, Neteller, Paysafecard, Trustly, Zimpler, iDebit, Instadebit, and Interac. Depending on where you reside, you may be able to use a few other options.

Spinia process all deposits instantly and does not charge players for depositing funds into their accounts. When doing that, players can choose from Canadian dollar, US dollar, New Zealand dollar, euro, Norwegian kroner, Polish zloty or Russian rouble currency options. Unlike some of its sister sites, cryptocurrencies are not accepted at Spinia – at least not at the time of writing.

The only casino offers largely the same array of banking options for withdrawals as it does for deposits. There are withdrawal caps in place, though. Players can only cash out as much as €4,000 per day, and the minimum withdrawal limit is set to €20 or €25, depending on the banking option you choose to go with. Withdrawing funds from Spinia Casino should free of charge, although some payment methods may apply their own fees to such transactions.

Spinia offers two primary ways in which its members can gain assistance. The first option is live chat, and this is the method we would recommend you go with. It is fast and free. Moreover, you can use live chat in several languages. By contrast, it can take up to 24 hours to receive a response from customer support via e-mail. E-mail enquiries are done via the “support” page where a contact e-form awaits you. Unfortunately, Spinia doesn’t seem to have an FAQ (frequently asked questions) guide or telephone support.

Spinia is constantly growing and adding new games to its ranks. Some of its features aren’t quite polished, but you could argue that this is the case with most online casinos. Safe and secure, and ideal for Northern European players, Spinia seems to be a decent place to play your favourite casino games which, given the vast number of software providers, you will certainly find. It lacks the ability to accept cryptocurrencies but , unlike some of its sister sites, it holds a decent casino licence and offers a welcome bonus with more user friendly wager requirements.